A heroic tragedy took place this past Tuesday in Midland City, Alabama. It stared when the suspect now identified as Jimmy Lee Dykes, 65, a Vietnam veteran and retired truck driver, boarded a school bus at about 3:40 p.m. and demanded two 6-8 year old hostages. The bus driver ,Charles Poland, age 66, had been driving students home and upon hearing Dykes commands stood up and place himself between Dykes and the children as they evacuated from the rear of the school bus. Not much detail has been reported on exactly what occurred next, but what we do know is that Poland, in his outstanding bravery allowed at least 21 students to escape from the school bus before Dykes shot him four times. After Poland was shot and subsequently murdered by Dykes, Dykes managed to snatch a single child from the bus and force him into a bunker Dykes had previously made behind his home in the same neighborhood. 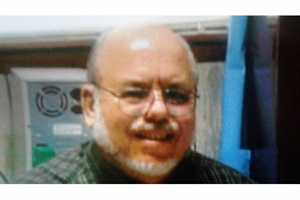 Pictured above is  Charles Poland, the school bus driver.

The child is know to be a five year old boy and who’s name will not be released for obvious reasons. As earlier stated, this horrible event happened on Tuesday, January 29th. As of this morning, Dykes and the young boy are still within the bunker. Reports from neighbor, Michael Creel, have lead police to believe that the bunker is “4-foot-wide, about 6-foot-long, 8-foot-deep homemade bomb shelter, with 3 to 4 feet of sand on top of it. If you didn’t know it was there, you wouldn’t [notice it]”. The police and negotiator has been able to keep in contact with Dykes through a PVC pipe sticking out from the shelter to allow air in. Through this same pipe the police were allowed to deliver much needed medicine and some coloring books and crayons to the child inside. While talking to Dykes they were told that Dykes had previously prepared an electric heater and blankets for the boy. 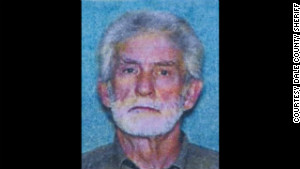 Pictured above is Jimmy Dykes, the assailant.

The community is in a small uproar over this situation and school was cancelled Wednesday, when the schools reopened on Friday there where grief counsellors provided for the children. Their is a memorial Saturday night at a visitation service, followed by a funeral service Sunday at the Ozark Civic Center for the brave driver, Poland and prayer goes out to both his family and the family of this poor unknown child.

If you have a moment, keep them in mind. No one knows what it is like for either family but we can all lend them our support. I, as well as the rest of the staff at Hoglund Transportation will be hoping for the absolute best, a quick and safe return of the young boy, and moral support for Poland’s family. Check this link for the latest updates.

One thought on “A Driver to be Praised and a Child Who Needs Help.”