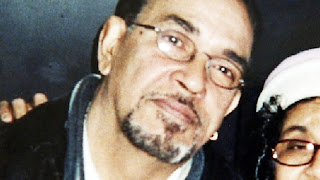 Pictured above is Juan DelValle
Juan DelValle, 65 years old and a New York school bus driver died on the 6th of this month after being in a coma since the 11th of June as a result of being assaulted while driving his bus. According to reports, DelValle was attempting to maneuver his bus down a narrow lane and accidentally clipped the mirror of a double parked car.
He immediately got out of the bus and went to check the car for damage. At the same time the owner of the car approached DelValle and started to yell at the driver. After  reaching the driver the man, now known as Joey Scott, 28 years old, outright slugged the driver across the face and sent him to the ground. The fall resulted in DelValle’s head slamming onto the concrete and him needing emergency medical attention. Scott fled the scene and was later picked up by the police.

At the hospital DelValle went into a coma. After a month, his family made the decision to take him off life support and died. DelValle was set to retire at the end of this year after 10 years of service.

Scott is being charged with one count of manslaughter and three counts of assault and is being held on a 250,000 bail; his arraignment is set for next month. The whole incident was caught on tape by a street camera.

To his family we at Hoglund Transportation offer our deepest condolences and support.