Rules are made for a reason. Morgan Linder found that out the hard way last Thursday when he broke the rules and was arrested. The charge is the felony of throwing a deadly missile into an occupied vehicle. That sounds worse then it is to me but Linder’s actions of throwing Jaw Breakers out the school bus window and  at the truck next to the bus fits the charge. 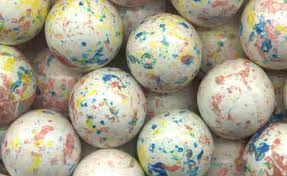 The woman in the truck suffered a contusion and followed the bus until she was able to speak with the driver. She also called 911 and waited with the bus until the police arrived. Surveillance footage from inside the bus showed that Linder was the culprit. Shortly after he was charged he was released to his parents since he is only 15-years-old. Still, fifteen is old enough to know better.
To all bus riders: NEVER put ANYTHING out your buses window!
Click here to read the original article.
Thank You,
Haleigh