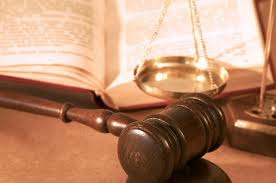 Three mothers boarded school buses, three mothers are being charged in a court of law. The two mothers that boarded Charlotte-Mecklenburg Schools (CMS) buses are being charged with  trespassing and disorderly conduct. While the mother that boarded a Bibb County Public Schools bus and attached a child, (her cousin)  has to wear a sign that says, “I made a fool out of myself on a Bibb County Public Schools bus,” for a week at a school bus stop as well as wash a bus, serve five years on probation and pay $500 in attorney fees.

The two woman who are being charged for boarding CMS buses, one with a bat, learned the hard way that boarding a school bus on route is illegal.  The mother who brought a bat on board boarded so she could talk to some students who were giving her daughter a hard time. Thankfully no one was hurt. The other mother’s reason was not stated but when asked to leave the bus she started cursing and swearing at the driver. Their charges are stated above.

As for the final mother who boarded and repeatedly assaulted her 11 year old cousin, after an argument broke out between the girl and her own son. The woman also pulled the little girls hair. The fight was broken up by the driver and the woman’s child. In court the woman plead guilty to battery and making terrorist threats. Her charges are stated above.