A 13-year-old girl (who remains unidentified) was beaten while on her bus in OCALA, FL. The assailants, ranging in age from twelve to fifteen-years-old, attacked the girl while she was looking for a seat. A shoe was thrown at the girl, and when she threw it back, the seven students climbed over seats and other passengers to get to her. She was brought to the hospital where authorities say she was beaten multiple times. She was treated for a concussion, muscle spasms and a serious head bruise. She has been released from the hospital and is currently recuperating at home. 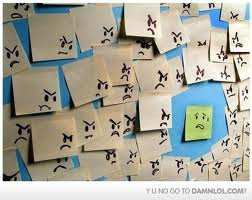 When the driver noticed the attack, he stopped the bus, and the fight stopped. As he resumed the route, the fight started again. Unable to stop the fight, the driver reported the incident to school officials, who then called the police. When the police arrived the children were arrested and charged with felony battery and disorderly conduct.

Judge Frances King decided to release the seven (who the prosecutor said had no prior arrests) to their parents or guardians, and place them on home detention. They are not allowed to contact the other offenders or the victim. All of the students, including the victim, attend Liberty Middle School, and at least one of the seven attackers has been suspended from both school and the bus.

I cringe when I come across stories like this. Violence, malice and pain are things that should never be experienced while on a school bus because the bus should be a place where students don’t feel threatened. Best wishes for the injured girl, and I hope that this incident does not keep her from school or school buses for long. As for the other seven, I can only hope that they learned their lesson.

0 thoughts on “Five Girls, Two Boys, and ONE Victim”