It was captured on camera, it showed a situation in which four went against one, and it allowed one woman a chance to make a difference. What I’m talking about is a 10 minute video that can be found on Youtube. The video showcases four male middle school students verbally abusing the 68 year old school bus monitor. 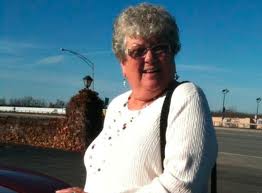 Karen Klein is shown seated alone on the bus with the boys talking around her. Calling out to her that she is gross and unworthy of anyone’s love. They even went so far as to say her son killed himself because he couldn’t stand her…her oldest son did commit suicide ten years ago.

After reading about her story online I decided that I needed to see the video personally and see if it was hyped up or not. I wish it had been over done, after only 36 second of it, I could no longer stomach watching it. There was a site made with the idea of raising 5,000 dollars so that Karen would be able to have a nice vacation. I have attached the link here. On this site you can find the video of Karen and the boys and also see the most amazing thing. The amount of money currently collected for her, its up to 680,200 as of the 10th of July.  Congratulations Karen!

The boys are being punished and have been placed in a behavior correction school for the next year and will have to do 50 hrs of community service. Other actions against the boys from the public have included threatening texts, call, and letters. Their parents are cooperating with the police.

0 thoughts on “Sometimes People Amaze Me”