In West Virginia the schools are taking more and more steps towards keeping the riders safe. Their latest step involves having the local media and businesses help make people more aware of the danger they are putting the students into when they pass a stopped school bus with its lights flashing and stop-arm extended. Simply making people more aware of there actions is a big deal and can be helpful; but how to let people know isn’t always the easiest thing to do. 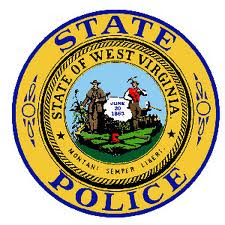 They also teamed up with some state police troopers to nab all the people who were passing illegally. With one trooper riding inside the bus and a car following behind they were able to fully convey the message that they, the troopers, are watching. There were only a small number of buses that were allotted trooper escorts but one ticket was handed out.

The state itself has made the consequences more severe as well. Here are some examples of what has been done: drivers who don’t stop for a stopped school bus can be charged with a felony, a driver who causes an injury faces up to three years in prison, a driver who kills someone can be sentenced to 10 years in prison. The law also increased fines for drivers who violate the school bus safety laws and introduced the potential for drivers to lose their license. Drivers who fail to stop can receive a misdemeanor and be jailed for up to six months.

I want so desperately to have some kind of police or at the very least community involvement in this very real issue that we have with people passing stopped buses. Our district has been very fortunate to have not had any injuries in years but there have been too many close calls. This is the original story.

0 thoughts on “Troopers are on Board!”