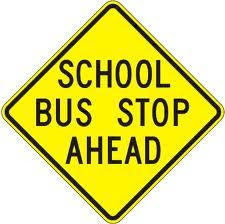 An eleven-year-old boy was struck by a pick-up truck while crossing the road to board his school bus on the morning of December 22nd. The boy was hit by Ryan Boucher (22- years-old) when he failed to stop for the bus, even though it’s warning lights were flashing. Windham police Sgt. David Thomas said, “I’ve never seen one of those in 30 years where a student has been hit”. The boy was listed as having a stable condition and is expected to make a full recovery.
Boucher was heading westbound on Route 115 when he hit Xin Lao Chen, who hit the roof of the truck and remained conscious afterwards. With speed limit in that area at 35mph and the weather being clear, Boucher gave no reason for not stopping. He is facing the charge of failing to yield for a school bus, and possibly others after further investigation. The students were loaded onto a different bus and taken to school while Chen was brought to the hospital.
It’s unfortunate that illegal passing of school buses happen daily, and that it’s not a rare occurance that a student is injured. It is an easy law to follow, just stop. It only takes a few minutes no matter how much of a rush you’re in, and it isn’t worth risking a child’s life.
Thank You,
Haleigh